“Enhancing Culture Through the Arts”

Vision – A world-class organization dedicated to the development of youth in the performing and visual arts.

Mission – To support and enhance projects, programs, and activities for talented and motivated youth in the performing and visual arts.

Purpose –The foundation is organized for the purpose of providing financial support in collaboration with other organizations to advance the International Talent Hunt Program.

In 2006, the International Talent Hunt Committee (ITHC) of Omega Psi Phi Fraternity, Inc. held its first retreat in Atlanta, Georgia. Meetings were held at the International Headquarters (IHQ) in the Supreme Council Conference Room, where 9 of 12 District Talent Hunt Chairmen were in attendance, along with the chairman and vice-chairman of the ITHC and the Assistant Director of Operations at IHQ. During the weekend of the retreat, there was a great deal of discussion about the International Talent Hunt Guidelines and other concerns and issues, as well as ways to enhance the Talent Hunt efforts. A major point of conversation was ways to enhance funding for Omega’s International Talent Hunt Program. It was recommended that the ITHC establish a 501(c)(3) foundation focused on promoting the arts and advancing the artistic opportunities for our young people. After a series of conference calls and written correspondences, it was decided to make a recommendation to the Grand Conclave of Omega Psi Phi Fraternity, Inc. to create a Talent Hunt non-profit organization. That recommendation was submitted for consideration on April 21, 2010. It was at the 77th Grand Conclave in Raleigh, NC that the Conclave delegation approved the establishment of a foundation to support the visual and performing arts endeavors of the ITHC. The foundation would be a separate body with no input into the operation of the Talent Hunt Program.

The official name of the organization is the International Talent Hunt Foundation, Inc.(ITHF), which was approved by the Internal Revenue Service as a 501(c)(3) organization in December 2014. Since its establishment, the ITHF has created by-laws to govern its work, selected 10 board members with tiered terms, developed an informational/donor brochure, signed a licensing and branding agreement with OPPF, Inc., convened for its inaugural in Las Vegas, NV, and held a silent auction of some prints of famous professional athletes who are members of the Omega Psi Ph fraternity, Inc. – MichaelJordan, Steve McNair, Alonzo Mourning, Shaquille O’Neal, and Charlie Ward.

Going forward, plans are in the works to enhance its fundraising efforts to include an individual giving campaign. The ITHF was formed to support the International Talent Hunt Program at the International and District levels. The hope is to eventually offer financial support to the Talent Hunt Program at the chapters levels for the visual and performing arts programming for young people. 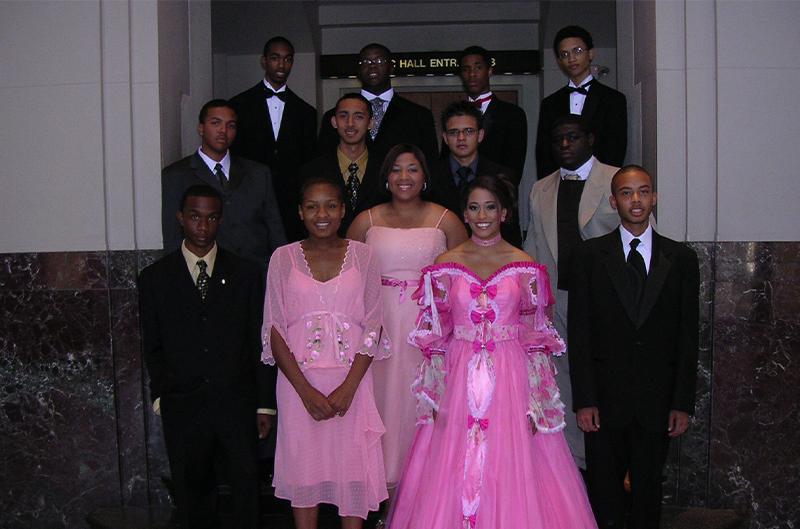